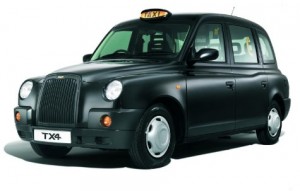 In a bid to increase access to languages in the run up to the Olympic Games, London taxi drivers and tourists alike will benefit from a new initiative announced this week in which some 3,000 London taxi drivers are to take part in language learning courses in Chinese, French, German, Italian and Spanish.

In a move that has received the backing of Transport for London, the courses come in CD audio format or plug-in, and participating taxi drivers will receive window ‘flag’ stickers displaying the languages that they have studied.

The courses will include everything a taxi driver needs to get by in the aforementioned languages and The Australian states that along with these basic sentences, a typical sentence on the Spanish language course would be ‘La semana pasada, el actor Michael Caine estaba en el taxi conmigo. (I had that Michael Caine in the back of my cab last week)’. But joking aside, the course is evidence that public authorities are recognizing the importance that foreign languages play in everyday life – both in practical matters, social mobility and increased business revenue. These aspects did not go amiss for the South African government in its organization of the FIFA 2010 Football World Cup when all 18,000 volunteers from 170 different countries were required to be multilingual (see our ‘World Cup Team Talk’ blog for more details).

London taxi drivers have fully embraced this linguistic initiative – and it is a move that will be most definitely welcomed by the many foreign tourists visiting the capital for the Games. Come 2012, taxi drivers will most certainly be talkin’ to you, in French, Spanish, Chinese . . .