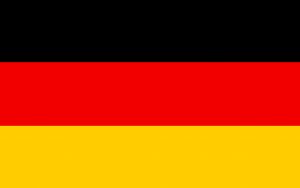 Our German translation services are carried out by our translation experts for a wide range of fields, including legal, technical, financial and pharmaceutical. The Translation People’s services are respected for accuracy, fast turnaround times and our skills with a variety technical translation media.

Using our vast knowledge our translation service covers, but is not limited to, a range of requirements including technical specifications, websites, press releases, user and maintenance manuals, product catalogues, and quality procedures.

If you have a project that requires German translation, request a quote or contact us now.

Why use The Translation People?

German Language – Did you know?

The German language is spoken by over 100 million Europeans and as the mother tongue of Europe’s biggest trading country, is very important to modern businesses. German is the official language of Germany, Austria, Switzerland and Liechtenstein and is also spoken as both a first and second language in Italy, Argentina and Brazil among others. It is thought that German translation accounts for the most written translations into and from any language. This makes it clear why professional document translation and technical translation services are so important.

History of the German language

German, a Germanic language, originates from other Indo-European languages. It separated from the other languages by a shift in sounds called the first Germanic sound shift.

Germany, a regional country, had a number of different dialects; however, this regionalism did not completely separate the German language as German writers strove to write in a language which could be universally understood by all. Any standard was, however, a written standard; it wasn’t until 1800 that urban Northern Germany began to speak standard German. Those whose dialects greatly differed from the standard had to practically relearn German as another language.

Even in recent years there has been great debate over what is standard German. The spelling reform of 1996 separated the population. Some newspapers blatantly refused to adhere to the new rules and initially this seemed to make the situation worse. Only recently in 2006 did the federal parliament intervene to make the law official and spelling was standardised. Such recent laws altering a fundamental structure of the German language illustrates that language is constantly changing.

All our German translators are native speakers who keep abreast of all changes in their native language; this ensures that this translation agency will keep your translations accurate and relevant to your target audience.