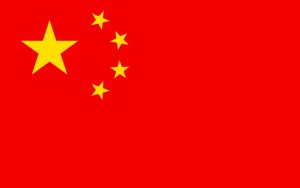 Our English to Chinese translation expertise covers, but is not limited to; user and maintenance manuals, product catalogues websites & press releases, technical specifications and quality procedures.

The Translation People’s services are respected globally for accuracy, tight turnaround times and our experience with a variety technical translation media.

Our English to Chinese translations are produced by our translation experts in a wide range of fields, including technical, pharmaceutical, legal and financial.

If you have a project that requires Chinese translation, request a quote or contact us now.

Chinese Language – Did you know?

Chinese is the most commonly spoken language in the world with approximately one fifth of the world’s population speaking some form of Chinese as their native language. Mandarin alone is thought to be spoken by 915 million people and has more native speakers than any other language in the world.

Some people believe that writing was a Chinese invention, invented during the second millennium BC. There does not appear to be any other linguistic evidence to contradict this claim.

Chinese writing uses characters to form words. Each character corresponds to a syllable in the spoken Chinese Language and also has an individual meaning. Initially each character symbolised an animal, a person or a specific thing; however, in modern Chinese characters no longer resemble the things they symbolise. There are approximately 56000 characters in Chinese but it is possible to understand 99% of the text in Chinese popular media with knowledge of approximately 3000 characters. Considering that an English native only needs to learn 26 characters to be able to read a newspaper, 3000 is a considerable number and has contributed to illiteracy problems in China. It is because of these complications that the People’s Republic of China simplified commonly used characters.

There are two different written forms of Chinese – Simplified and Traditional. Simplified Chinese is used in mainland China whilst Traditional is used for Taiwan, Hong Kong, Macau, and other Chinese-speaking overseas communities. The Translation People has translation experts all over the Far East who will ensure that your text is translated and localised appropriately.
It is also worth bearing in mind the Chinese public holidays and festivals if you plan to visit or work with Chinese businesses, see our guide: A short introduction to Chinese Public Holidays