Roads of Translation: Babel in Geneva 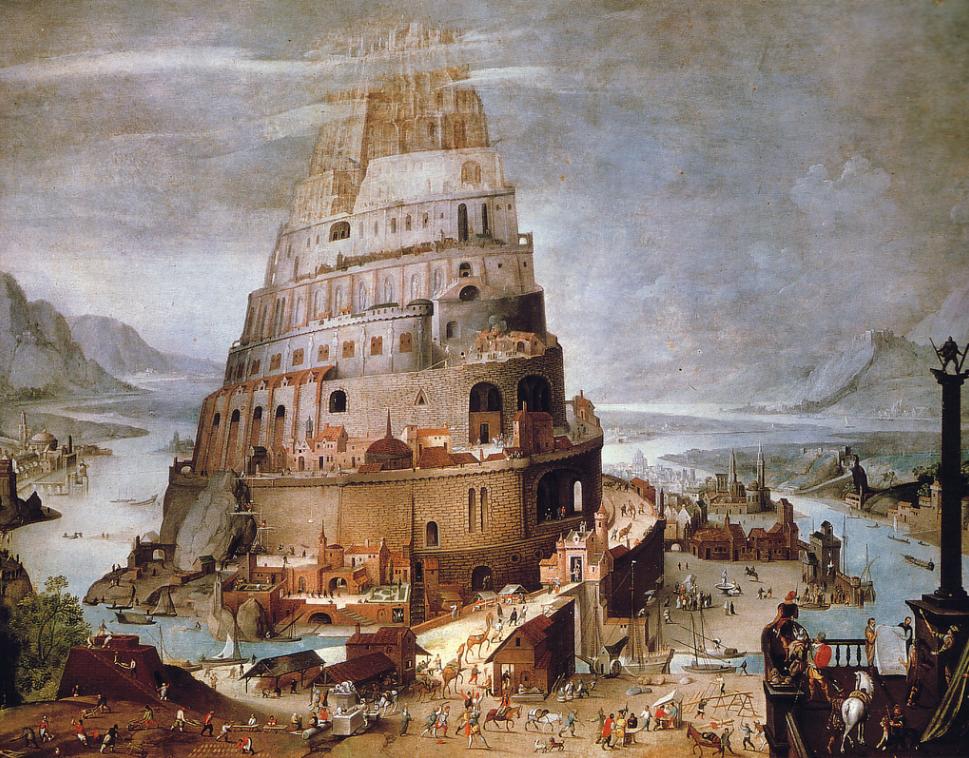 The Tower of Babel by Flemish master Abel Grimmer (1604, pictured) is a visual symbol for the fascinating exhibition, Roads of Translation, currently on display at the Fondation Bodmer in Geneva. Focusing on works collected by the Swiss bibliophile and scholar Martin Bodmer, the exhibition illustrates the role of translation as a channel for understanding both literature and culture. A comprehensive catalogue (in French) containing articles by world eminent linguists, philosophers and renowned translators is an excellent guide and gives context to the exhibition (Les Routes de la Traduction: Babel à Genève, Editions Gallimard/Fondation Martin Bodmer, 2018, 336 pages, €39).

Language and translation form the heart of Bodmer’s library, organised around the five pillars of Weltliteratur (a term introduced by Goethe to describe the international circulation and reception of literary works in Europe and understood today to mean classical works from all periods): Homer, the Bible, Dante, Shakespeare and Goethe. It would be impossible to imagine literature’s scope of influence without referring to translation. Drawing on rare first-editions as well as world-famous and even surprising translations (Martin Luther’s version of the Bible – not to mention a first edition in Cherokee!), Roads of Translation charts the odyssey of texts, beginning with a beautiful series of hieroglyphs, as they travel from one country to another, from one century to another, appearing in a similar but slightly different version with each transformation.

Some translations, often written by some of the world’s most eminent authors, could even be considered the equal of, if not an improvement on, the original. When translating Edgar Allen Poe, Baudelaire exclaimed: “The first time I read Poe, I was thrilled to see not only subjects I had dreamed of, but also the very sentences I had imagined, written by Poe some twenty years earlier”. He would thus translate with great care, striving to render Poe’s sentences exactly in French. Goethe himself paid Nerval, the French translator of Faust, tribute by declaring “while I do not like to read Faust in German, the French translation renders the story fresh, modern and witty”.

Some of what we know of Greek culture came to us through Arabic translations, which were themselves enhanced in the transition – especially in the sciences – by the inclusion of numbering, as inherited from the Arabic world. Translation of Hindu religious texts and the Koran introduced Western civilization to a world it had not even imagined. Knowledge has thus progressed through the prism of civilizations that have complemented or amended it.

A parallel can be drawn between the tale of the Tower of Babel and the vision of translation today. Some consider Babel to be a cacophony of languages, an incomprehensible hubbub which divides people, yet others interpret the tale as a communal endeavour, drawing on the strengths of people despite their diverse backgrounds. Some regard translation as betrayal and others, such as the French philosopher Gilles Deleuze, affirm that “to translate is to think”.

Translation can be a means for discovery, but it can also be a means of domination. The exhibit displays some of the very first translations of Confucius by the Jesuits, inspired by the idea that by understanding the Chinese, it would be easier to convert them. The conquering armies of Athens had Egyptian texts translated into Greek, Rome imposed Latin, and today we observe the hegemony of standardised English: “Globish” as the new Esperanto.

Translation is a gateway between peoples, disseminating texts, ideas, movements. It can solve, as well as pose, many problems. At a time when machines are beginning to increase translators’ productivity, translation has never been so fascinating.

The Translation People are proud to know that our services, whilst very different from the texts presented at the exhibition, continue to facilitate communication between people and businesses all over the world, whatever languages they speak.