On an unseasonably hot and sunny September’s day in Newcastle, Michael Wedderburn, a Project Manager based in our Birmingham office, ran the Great North Run for charity. He completed the course to raise money for the Percy Hedley Foundation, the largest disability charity in the North East, helping more than 1,000 disabled children, young people, adults and their families every year. With some enormously generous contributions from colleagues, friends and family, Michael was able to raise a grand total of £290 in sponsorship money for the 13.1 mile run around the glorious North East. 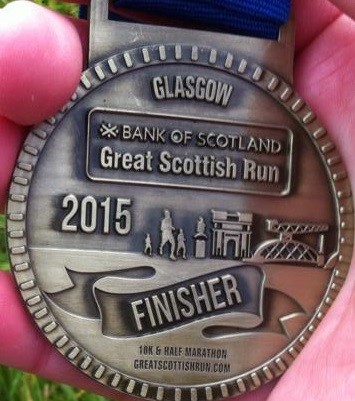 In October, Hazel Wilson, our Proofreader in the Glasgow office, braved the Scottish wind and rain to pound the streets of Glasgow in the Great Scottish Run. Hazel knew that for each person there is that one charity or good cause that touches home a little more and, for that reason, she didn’t run for one charity in particular. Instead, she asked the TTP team, her family and friends to donate to a charity of their choosing. While Hazel donated to the Scottish Association of Mental Health, many other charities received donations including Cancer Research UK, Prostate Cancer charities, Diabetes charities and several foodbanks.

On the day of the race the sun was shining in Glasgow, for once. The sun and atmosphere during the race, coupled with the knowledge of what she was running for, carried her over the finish line with a faster time than she had hoped!

Back in November, we mentioned all the baking we got up to as part of The World’s Biggest Coffee Morning in aid of MacMillan cancer support. Across the company we were proud to raise an impressive £485.02 during our various bake sales. You can read more about all the cupcakes, biscuits and showstoppers we served up in an earlier post.

In late November, the Birmingham team pulled on their woolly hats, scarves and most comfortable walking boots to take part in the Acorns Children’s Hospice Lantern Walk 2015. It was a cold and dark 12 kilometre trek through the worst wind and rain that the heavens could throw at them, but they managed to make it through (relatively) unscathed!

In collaboration with 260 fellow participants, with bright orange lanterns clutched firmly in hand, a whopping £7,000 was pledged during the entire event for the local children’s hospice. Barring a few blisters, a great time was had by all and another charity walk is definitely in the pipeline for 2016.

Our final charitable event, to bring 2015 to a close, was the Text Santa Christmas Jumper Day. Text Santa is a charity initiative set up in 2011 by ITV to support UK-based charities during the Christmas period, where workers right across the country all wear their best/tackiest Christmas jumpers to the office and text in their donations. Check out our Facebook or Twitter to see photos from the day!