Macmillan Cancer Support work to help people throughout the UK who are living with cancer and The World’s Biggest Coffee Morning is one of their most successful fundraising events, raising around £25 million in 2014 alone.

This year three of The Translation People’s UK offices took the opportunity to don their aprons, dust off their mixing spoons and put their baking skills to the test, all in the name of a good cause. As well as flour and sugar, one of the most essential ingredients was a healthy sprinkle of competition, with each team keen to overhaul the donation total of the last!

First to bake their buns was the team from Manchester. Egged on by Customer Relationship Manager, Cathy Bell, they put on quite a spread for colleagues and neighbours, raising the princely sum of £140.00.

Next to put on a feast was the team north of the border in Glasgow. Doing their best to beat the total of their Manchester colleagues, they raised the bar with a “Cakes of the World” Quiz. The stars of the baking show were Lemon Drizzle cake, Caramel Chocolate Brownie and Peanut Butter Cheesecake. 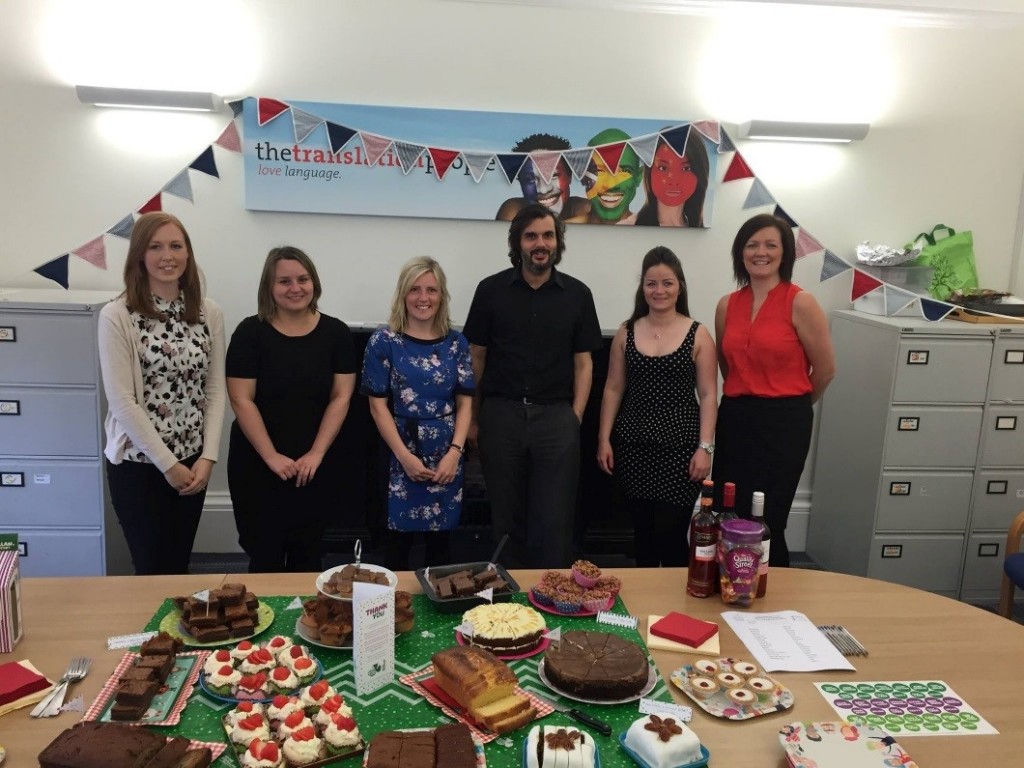 With a lot of help from colleagues, neighbours and friends they managed to raise a grand total of £150.00.

Having watched eagerly from the wings, the team in Birmingham were keen to get cracking. After a weekend spent whipping themselves into a frenzy, they brightened a dull Monday morning with a table laden with treats. 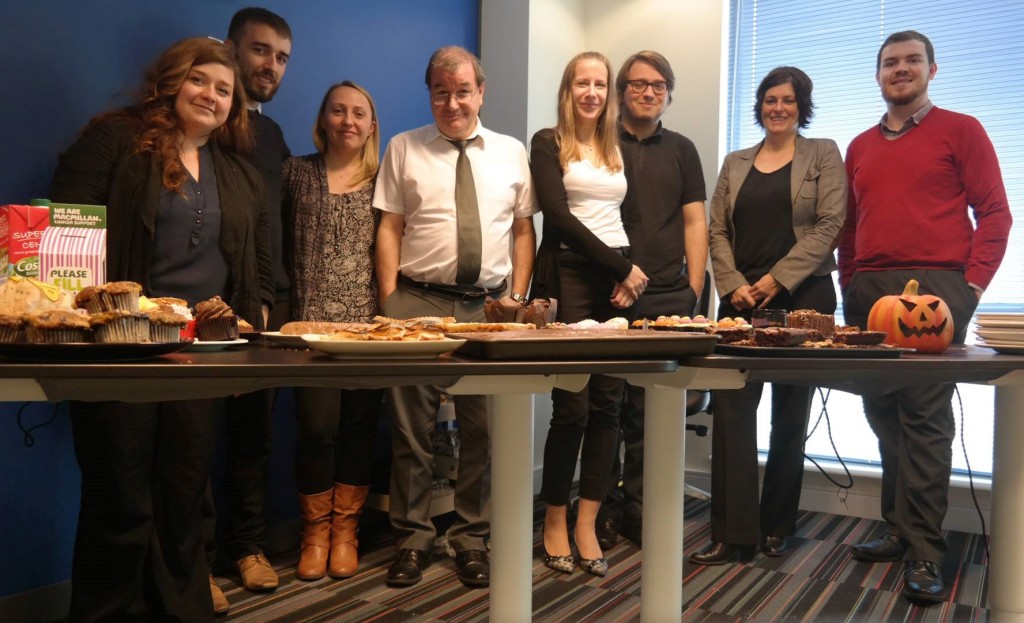 The coffee morning went brilliantly and the Birmingham team managed to raise a whopping £195.02, making them the clear winners and champion fundraisers of TTP!

All three events were a roaring success: we took the chance to get to know our neighbours, had some fun and raised a significant sum for a worthwhile charity. Oh, and enjoyed eating all the left overs (after making a donation, of course!).