Remember, remember the fifth of November 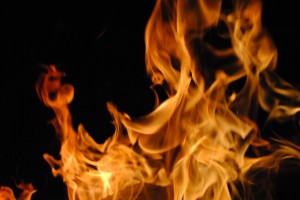 Tonight is Great Britain’s Bonfire night, known as Guy Fawkes Night – but did you know about other Bonfire Nights around the world?

In  South Africa along with many other Commonwealth countries, Bonfire night is also celebrated on the 5th November and is similar to the British Bonfire Night.

In Northern Ireland many Protest and loyalist and unionist communities celebrate Eleventh Night with bonfires and fireworks; this is celebrated on the night of the 11th July to commemorate the Battle of the Boyne.

The Czech Republic celebrate pálení čarodějnic (“burning of the witches”) on the 30th April as a ceremonial end to the winter by burning straw witches on bonfires.

However, in Estonia celebrations of Volbriöö on 30th April and into the early hours of 1st May – which is Spring Day – often include dressing up as witches rather than burning them.

Walpurgis Night (Walpurgisnacht) is a spring festival usually celebrated on the 30th April or 1st May in Scandinavian countries, and often includes festivals, street parties, dancing and bonfires. In fact, Walpurgis day (Vappu) is one of the biggest holidays in Finland, rated amongst Christmas Eve, New Year’s Eve, and Midsummer (Juhannus).

So for those of you in Britain have a good Guy Fawkes Night and enjoy the fireworks!