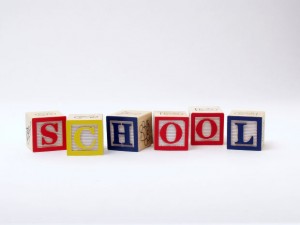 Only a few months ago we discussed how South African schools where implementing a compulsory third language, now primary schools in the UK are following suit – with a second language.

It is often remarked that English schools do not put enough emphasis on languages, particularly at the early stages. The Labour government tried to combat this in 2002 with the introduction of the national languages strategy – which did cause a rapid increase in language lessons at primary schools over the following eight years. However in 2008, two thirds of the funding was reallocated.

Now, a new initiative beginning in 2014 will require pupils ages seven to eleven to attain a high standard of written and spoken communication in one of the following languages: French, German, Italian, Mandarin, Spanish, Latin and Greek.

A recent survey of 3,000 UK state primary schools by the CfBT Education Trust revealed that 97% of these schools currently provide at least some measure of language education. However, the quality of teaching and available materials varied massively.

One of the main issues facing this current languages drive is the lack of available teachers – most schools had no teachers with a higher languages qualification than GCSE. Nonetheless, difficulties aside – the new curriculum can only help languages reach more children in UK schools at an earlier age – which is key to the future of the languages industry in the UK.