The End of Interpreters? (I don’t think so!)

Whilst flicking through articles on the BBC News website, my eyes fell upon the rather bold (in my opinion) title of this article: “Phone call translator app to be offered by NTT Docomo”. I’m sure that anyone working in the translation industry would have been equally as intrigued by this…is the app in question really offering what is implied?

The answer seems to be yes. NTT Docomo, a Japanese mobile network company, has developed an app which will potentially allow me (a native English speaker) to have a conversation with a friend in Japan, each of us speaking a different language. Lately, other companies in different countries have also been developing similar products. 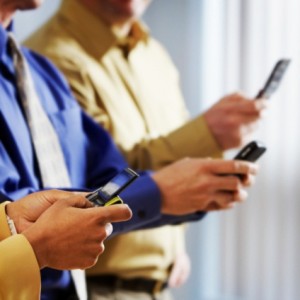 The app “provides users with voice translations of the other speaker’s conversations after a slight pause” – which, described in other words, might sound as though this will be the equivalent of having an interpreter on the phone call.

If you have followed the news, then you’ll know that the integration of speech in translation application has rapidly become a hotly-debated topic in the industry.

For any interpreters reading this article and wondering if they can still sleep soundly tonight, we would suggest that the answer is yes, definitely! The BBC quote a gentleman called Benedict Evans, who wisely says that speech recognition is sort of there if you’re not too fussy. Well said…here at The Translation People, we are fussy, and getting it right means not replacing the value of a human interpreter who has extensive knowledge of the subject area in question, with the spoken equivalent of Google Translate…at least not for 10 years or so anyway (joke!)