Accurate translation between languages can often be challenging, due to the need to use precise translations of each word, while still conveying the intended overall meaning of any given section of text.

Emotion may not always be an issue in translation – but what if there is a need to come up with an accurate translation of a source of national pride? What if the source material is the national anthem?

Late in World War II, US president Franklin D Roosevelt began to secure the alliance of Latin American countries through an artistic exchange programme, which saw writers and musicians collaborate across American borders.

As part of the scheme, Peruvian immigrant Clotilde Arias won a competition asking for a Spanish-language version of The Star-Spangled Banner to be written.

Marvette Perez, a curator at the Smithsonian Institution, where the original 1945 document is going on display, tells the Associated Press of some of the word choices that helped Arias’ translation to stay faithful to the English-language original.

“For example, the word we say is ‘flag’ or ‘bandera’ – but she used ‘pendon’, which is literally ‘banner’,” Perez says. “That’s the exact word in English – in that way, it’s faithful.” 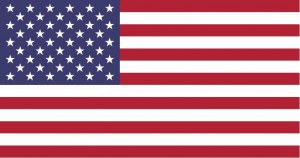 In 2006, by contrast, a Spanish-language translation of the US national anthem was met with widespread anger, as many people perceived it as having political undertones not present in the original song.

Both translations serve as examples of how, when done well, even sensitive translations can succeed – but when done badly, emotionally charged rewrites can spark outrage.