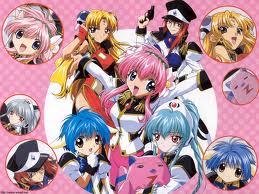 Who can translate from Japanese into English – and is a Manga fan? JManga Inc., a Japanese company, announced the Manga translation competition, which is running as a joint venture with the Japanese Agency for Cultural Affairs. Both professional translators and amateurs are encouraged to submit their entries for the competition, which runs until 26th September.

The participants are asked to provide a test translation of a chapter from one of three Manga comics: “Coppelion” by Tomonori Inoue, “Chocolate Cosmos” by Nana Haruta or “Shindo” by Akira Saso.

JManga sell digital Manga comics via their website. The competition was set up in order to promote the Manga culture and improve the quality of translations. In addition, more issues of the popular comics should be made available throughout the world, particularly to younger fans.

The winner will be announced in November.