I have to admit, until I came across a recent article on the BBC News Website introducing some of the people behind Wikipedia (“Wikipedia: Meet the men and women who write the articles”), I was a complete sceptic about Wikipedia. Albeit, a hypocritical sceptic because Wikipedia is usually my first point of reference for finding out anything and everything! 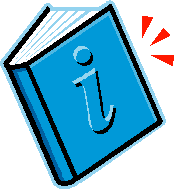 The article introduces some of the 85,000 people, volunteers in fact, who work on the website. These people work endlessly to edit articles and correct mistakes introduced by other contributors. Of course, the errors are still introduced by somebody somewhere in the first place, but the knowledge that this is constantly being monitored by people who genuinely care about the quality of the information being provided is reassuring! When asked about “Wiki-vandalism”, one editor said “If I see vandalism on Wikipedia, I get excited. If you can catch them and let them know that there’s real people behind everything that happens on Wikipedia, then often you can convert them to becoming a constructive Wikipedia editor.”

So how is a discussion of Wikipedia’s reliability relevant to our blog? Wikipedia contains, according to the BBC article, 22 million articles in 282 languages – wow! The number of articles per language ranges from as little as 150 (Fijian for example) to four million (English, unsurprisingly). It seems that some of these articles are translated (one volunteer in the above-mentioned BBC article translates articles from English into Hungarian), and other articles are written directly into the foreign language – I only assume this because I remember occasions when I’ve found an article in French, for example, about something French-related, and upon trying to find the same article in English, found that it doesn’t exist.

I think that from now on, following these staggering figures about the number of committed volunteers working on Wikipedia, I won’t be quite so sceptical, and maybe I won’t feel the need to explain myself when I’ve turned to this addictive website for reference.

WARNING: Some of the information in this blog article may have been backed up using Wikipedia.