The Politecnico di Milano, one of the top Universities in Italy has revealed that as from 2014 the majority of its courses will no longer be taught in Italian, with English becoming the principal teaching language. With the European crisis and mounting concerns for the Euro continuing, graduates are finding it increasingly difficult to find work. The university hopes that the proposed changes will make graduates from the Politecnico di Milano more employable in today’s global marketplace. In addition, it will allow the university to attract more international students. 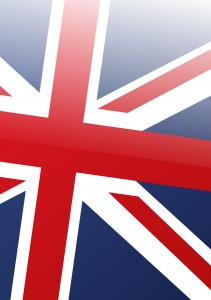 Gail Owen, Branch Manager at The Translation People’s Birmingham office remembers her time studying in Italy. “I was fortunate enough to have the opportunity to study and work in Italy for almost two years, during this time I attended a number of lectures in English language and was surprised at how few native English speakers were teaching English. The level of English, even from those people having graduated with first class degrees, was fairly low. During one particular lecture a professor corrected an Italian student’s pronunciation of the word “listen”. The student had actually pronounced the word correctly, but the lecturer maintained that the correct pronunciation was list en, pronouncing the usually silent “t”. This change could certainly have a positive impact on the level of English in Italy, provided the professors have a native grasp of the language in which they are teaching. We look forward to hearing how the Italian University face the staffing challenges involved with such a radical change.

Perhaps the UK education system should actively take note of this positive step this Italian institution is making. With languages downgraded in UK schools to optional rather than obligatory courses, and the EU forecasting a shortage of native English translators in coming years, action is required!