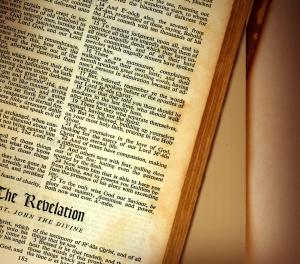 “The Voice” is a new Bible translation from Classical Greek and Hebrew into American English. However, it is not a traditional translation, in that it reads like a film script. Behind this project is a team of translators who worked closely with poets, writers and musicians.

To clarify this new concept, let us take a look at the section of the Book of Genesis where God is angry with Adam because he has eaten the forbidden fruit from the Tree of Knowledge:

“Adam (pointing at the woman): It was she! The woman You gave me as a companion put the fruit in my hands, and I ate it. ”

“Eve (excited): Look, I have created a new human, a male child, with the help of the Eternal.”

Other Bible translations do not make references to whether Adam pointed his finger at Eve as he blamed her for the Fall of Man. Just as little is hinted at Eve’s mood at the birth of Cain, her first son.

By and large, this is nothing more than a drama “made in Hollywood”. Nevertheless, the team behind “The Voice” feel that the new translation is not just a newfangled idea, but that it helps readers understand the partly archaic language used in the Bible and therefore gives them true reading pleasure.

The idea for “The Voice” originates from an old wish of Rev. Chris Seay, vicar at the Ecclesia Church in Houston. In the past, Rev. Seay had successfully led his own congregation closer to the contents of the Bible by letting the dialogue be read out loud in a kind of role play. Rev. Seay’s idea found favour with the Vice President of Thomas Nelson, a publishing company specialising in religious themes. Out of an idea arose a unique new translation of the Bible.

“The Voice” does not just reform the Bible, it also adds words and sentences to the text in order to explain the events being described. These words and sentences are printed in italics throughout to allow the reader to identify the insertions. In addition, the order of the verses was changed in several instances to give the text a better flow.

Generally, reactions to “The Voice” have been positive. It gives “The Voice” special pleasure when told by readers that, for the first time in their lives, they really understand the Bible, thanks to the new translation. This Bible translation is an outstanding example of successful localisation: the script Bible is totally adapted to the requirements of its target audience.