Getting your Arabic right

Last month the BBC News website reported on two separate incidents of Arabic translations concerning the Olympics displaying incorrectly and being “gibberish” and “incoherent” to an Arabic reader. The first example discussed posters that had been displayed in UK train stations, and the second example involved banners that had been put up in Stratford’s Westfield shopping centre, as well as T-shirts worn by staff.

Last week on our blog we discussed the use of languages in the Olympics, and whether or not Olympic organisers should have made more of an effort to communicate in different languages. It seems that in these cases, where some organisations are choosing to make an effort, the importance of getting it right, a key value here at The Translation People, has been overlooked. 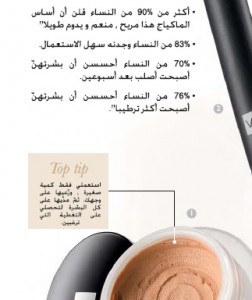 In both of the above-mentioned instances, spokespeople have defended the translations, saying that the errors were due to substituting “one font for another” and “the way in which software handles the words”. This is actually likely to be true; without knowing the specific details, these errors have most likely occurred not as a result of a poor or incorrect translation, but rather because the text in question wasn’t checked after the Desktop Publishing (DTP) process. Gail Owen, Branch Manager at our Birmingham office, says “this highlights the huge importance of post-DTP checking – a translation can be perfect, and then something can simply go wrong at the DTP or typesetting stage, which, in the case of some languages such as Arabic, is only likely to be spotted if the work is sent back to the original translator to check post-DTP”.

Is it sufficient to rely on something just being correct? Even as an Account Manager who sees a multitude of different languages on a daily basis, the answer is always “No!” Getting it right means getting it checked, before publishing.