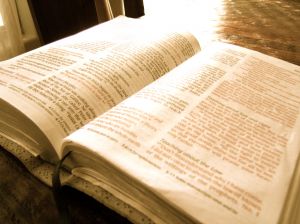 Following our recent article on a Bible translation in script format, we have become aware of another unusual translation of the Bible: a translation into Marik, spoken by around 3500 people in the Madang province of Papua New Guinea. The unusual aspect about this translation is that Marik is only a spoken language and until recently did not exist in a written form. In order to complete the translation linguists had to develop an alphabet and teach this to the Marik speakers. The Marik alphabet is based on the Latin alphabet, as is English and Tok Pisin, two widely used languages in the region. It took a total of 36 years before the translation was finalised.

The main goal of this project is the upkeep of the Marik language for future generations. Marik is classified as an endangered language because of the low number of speakers and no formal teaching of the language. Papua New Guinea is famous for its language diversity: more than 800 languages and dialects are spoken in the island state. German was once the administrative language, but was replaced by English during the Australian occupation. Unserdeutsch, the only creole language based on German, is still mastered by some 100 people. Thus, Unserdeutsch is in itself a dying language.