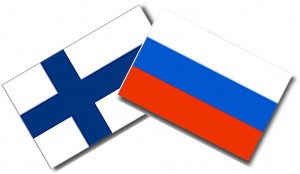 As Finland’s second official language, Swedish enjoys compulsory status on the national curriculum. However, schools in the country’s eastern region have put forward proposals that could see Russian take its place.

The core linguistic subjects are: mother tongue and literature, the second national language, and foreign languages. As an integral part of the country’s Constitution, all children have the right to receive an education in their mother tongue, which the Education Act classifies as Finnish, Swedish, Saame, Roma, sign language ‘or some other language which is the pupil’s native language’. Pre-school language classes are made available for children falling into the latter category and further ongoing support is provided once they enter the education system.

In North Karelia – a region in Eastern Finland that borders with Russia – a request has made for obligatory Swedish teaching to be replaced by Russian and it is a linguistic shift that has received huge support from the local population, and also from the Prime Minister herself – Mari Kiviniemi. Earlier proposals in favour of the implementation of Russian were rejected by the Ministry of Education, but despite this obstacle, it is thought that trial periods are to be rolled out in the very near future.

A report on the Barentsobserver.com site states that only 5.4% of the population speak Swedish as their mother tongue, and 62% of participants in a recent nationwide poll were in favour of this regional switch-over.