The French celebrate their language 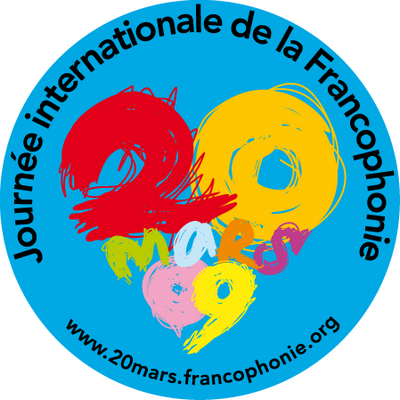 French, alongside English, is the only language in the world to be spoken on five continents. This universal character is surely proof of the language’s vitality and dynamism. Over the years, institutions such as the Académie française have carefully guarded the innate character of its native tongue. However, the French language has also been encouraged to evolve with time, through a number of projects aimed at ensuring French speakers the world over continue to enrich their language with linguistic innovations.

For the past fifteen years, the month of March has been a traditional time for celebrating the French language. This year the AUF (Agence Universitaire de la Francophonie) has teamed up with the Ecole Nationale Supérieure, one of France’s most prestigious universities, to organise a week specifically to celebrate the French-speaking world, this will take place between 15-21 March. Following hard on the heels of this first initiative, the French government’s official Week of the French-Speaking world starts on 20 March with a wide range of cultural activities, games, contests and workshops led by leading figures such as former Senegalese president Abdou Diouf and French actor Michel Bouquet.

As a sign of the times, this year focuses on the ongoing evolution of language, especially the innovative contributions of the younger generations and the need to define changes brought about by the Internet.

To counter a growing tendency to mix common English terms in everyday language, the French Secretary of State in charge of Cooperation and the French Language has recently launched a contest designed to find French equivalents for words often used to identify tools related to new technologies: words like “chat”, “talk, “tuning”, “buzz” and “newsletter”. The winning entries, to be announced during this linguistic month of March, will most likely make their way onto www.franceterm.culture.fr. This site was created two years ago by the French Ministry of Culture and references some 6000 terms recommended by the Journal official de la République française to replace the largely English-based words used in scientific and technological fields.

Such initiatives bear witness to how vital we all consider our native tongue to be as a part of our own identity. While we may promote intercultural studies and exchange, it should never be at the expense of having one culture overwhelm another.

The Translation People understand the importance of communicating your text in the tone, style and terminology used in your target market. Should you need any help conveying your thoughts in one of the many French-speaking markets around the world, we would be more than happy to arrange for one of our native French speakers assist you.