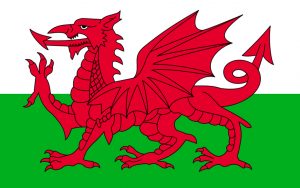 All our Welsh translators have extensive professional translation experience and undergo a rigorous selection procedure.

Why use our Welsh translation services?

If you have a project that requires English to Welsh translation, please request a quote or contact us now.

In the 1911 Census, almost a million people registered themselves as Welsh language speakers. Until recent years this figure was declining rapidly and had almost halved. Political measures mentioned above, have however started to take effect and the language is now undergoing something of a revival. Local businesses and other companies trading with Wales can make a big difference by translating all their documents into Welsh and helping to keep the language alive.

Since the Welsh Language Act 1993, the preservation of the Welsh language has been firmly fixed on the public agenda. All public sector organisations in Wales are now legally required to treat Welsh and English as languages of equal importance and all public documents and signs must be translated into Welsh. As a result, Welsh translations have become essential in the running of many public sector departments. In addition, amendments to the earlier Welsh Language Act 1967 have granted Welsh speakers the right to use the language in all court proceedings. The Welsh Language Board hopes that these measures will help keep this previously declining language alive.

Welsh language – Did you know?

Welsh, spoken principally in Wales and in a small immigrant community in Argentina, is a member of the Brythonic branch of Celtic.

Closely related to Cornish and Breton, Welsh is thought to have been in existence since the sixth century. However, very few remnants of the original language can be seen in modern Welsh. Traditionally, Welsh was a very verbal language. The famous Mabinogi, a collection of tales passed down from generation to generation, were first transcribed in 1050-1200, however it is thought that they originated much earlier in history.

• migration patterns from rural to urban areas in search of work.
• inward migration of English speakers to rural areas.
• increased availability of English-language news and entertainment media.
• a general secularization of society, leading to a decline in chapel attendance, on which so many traditional Welsh-medium activities were centered.

However, the future of Welsh is much brighter, thanks to the Welsh Language Act 1993, Welsh now has equal rights to English in terms of public life and government administration. Today, it is a compulsory legal requirement for schools in Wales to teach Welsh to all children under the age of 16. These political changes seem to have had a positive effect on the number of Welsh speakers. In 2004, a Welsh language survey showed that 21.7% of the population of Wales are Welsh speakers, an increase on the 20.5% recorded in the 2001 census and the 18.5% in 1991.