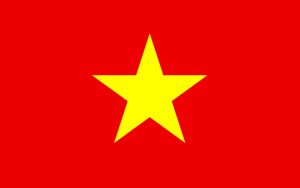 All our Vietnamese translators have extensive professional translation experience and undergo a rigorous selection procedure
The demand for Vietnamese translation is set to rise according to the predictions of a leading investment bank Goldman Sachs. In 2005 Goldman Sachs in their Economics Paper Number 134 named 11 countries (N-11 or Next Eleven) with promising investment and growth potential. Vietnam featured on this list; Goldman Sachs predicts that by 2025 Vietnam will be the 17th largest economy in the world, only slightly behind oil-rich Iran. In 2006, Vietnam was the second fastest growing country in East Asia, with a growth rate of 8.17%. This increase in economic growth has lead to increased demand in English to Vietnamese translations, with a number of e-learning companies approaching The Translation People to request the translation of their products into Vietnamese.

In addition to economic growth, historical conflict has brought a number of Vietnamese refugees to the UK, particularly during and after the Vietnam War. In the late 1970s and 1980s, Communist Vietnam was very unstable and suffered from economic hardship. Hundreds of refugees, known as “boat people”, left Vietnam and settled in overcrowded refugee camps in Hong Kong. In response to a major human crisis, the Prime Minister, Mrs Thatcher agreed to take quotas of refugees and thousands came to Britain in the 1980s. Many of these people have remained in the UK and continue to encourage family members to join them. The Translation People’s English to Vietnamese translations are frequently in demand by social housing companies and public sector bodies.

For a professional Vietnamese translation, request a quote or contact us now.

Vietnamese language – Did you know?

Spoken by approximately 80 million people worldwide, Vietnamese is the national language of Vietnam, but is also widely spoken in the USA, Canada, France and Cambodia. A member of the Austroasiatic language family, Vietnamese borrows much of its vocabulary from Chinese. Originally Vietnamese used the Chinese alphabet, however the Vietnamese language has evolved considerably over time and as contact with Europe increased in the seventeenth century, the Vietnamese alphabet became romanised. Up until very recently it was still possible to study the old Chinese script, Chữ-nôm at Ho Chi Minh University, but since these courses ceased to be available, both knowledge and consequently interest has died out.

Vietnamese is a tonal language and meaning is determined by the inflection of the voice and accentuation rather than a combination of different letters. For example “M” and “a” together can mean a number of things, depending on the accent on the “a”. “Ma” can mean ghost, cheek, but, tomb, horse riding or rice seedling. This difference in written form is distinguished by a written accent over the “a”. This small, but very significant difference emphasises the importance of employing a professionally qualified translator to work on your Vietnamese translation project. Using a student or linguist who has not been professionally trained as a translator could result in “but” being mistakenly translated as “horse riding” or any of the other words above. The consequences could result in “Thank you for your comments, but I have to disagree” becoming “Thank you for your comments, rice seedling I have to disagree”!

Why Use us for Vietnamese translation?