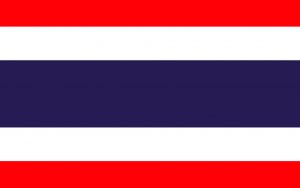 2006 was a turbulent year in Thai politics; military intervention saw the government overthrown following claims of corruption and abuse of power. The instability that followed had a predictable effect on foreign investment and GDP growth fell from 5.7% to 4%. At the end of 2007, democratic elections were once again held in Thailand. Now under a new constitution, it is hoped that 2008 will see investors returning to the country, which will give the economy a welcome boost. In particular, the automotive and electronics industries are expected to flourish. With its heavy dependence on the export industry, the Thai government will be looking to strengthen international relations and reassure world leaders of its commitment to development.

Thai translation will play an essential role in rebuilding Thailand’s economic credibility and are particularly important for foreign investors. Unique customs and rituals, often highly religious, have a significant effect on the way in which everyday business is conducted in Thailand. Thai translations ensure that local markets are approached in a culturally sensitive manner and, as a result, help companies build strong working relations with their Thai clients.

If you have a Thai translation project, request a quote or contact us now.

Thai language – Did you know?

The Thai alphabet was created in the 13th century by King Ramhamhaeng and was strongly influenced by Sanskrit and Pali. It belongs to the Tai-Kadai family of languages, which also includes dialects spoken in Vietnam, Laos and China. Like other South Asian languages, Thai is a tonal language, which means that the same word can have very different meanings depending on how it is pronounced. There are five tones in total: rising tone, falling tone, mid tone, high tone and low tone and these can be extremely difficult for speakers of Western languages to replicate.

The Thai alphabet is closely related to the scripts used for Khmer, the official language of Cambodia and Laos. In fact, more than half of Thai vocabulary and grammar rules are also found in the Lao language. There is no universally accepted form of transliterating Thai into the Latin alphabet, however the Royal Thai General System of Transcription is used most frequently, for example on road signs or in government publications.

Why use us for Thai Translation?