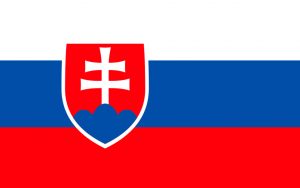 Since joining the EU Slovakia seems to have attracted much media interest, as Tamsin Smith at the BBC reports “Slovakia has been attracting investment from big business, day trippers, and stag night revellers since joining the EU. […] According to the World Bank, Slovakia had the fastest transforming business environment in the world last year, and already comparisons are being drawn with Ireland’s economic transformation in the 1990s […] Low labour costs, low taxes and political stability make this one of the most attractive economies in Europe.” As Slovakia’s profile increases, the need for English to Slovak translation will rise.

Our English to Slovak translations are produced by our translation experts in a wide range of fields, including technical, legal, pharmaceutical, and financial.

All our Slovak translators have at least five years professional translation experience and undergo a rigorous selection procedure.

If you have a Slovak translation project, request a quote or contact us now.

Slovak language – Did you know?

Slovak or Slovakian is spoken by approximately 5-6 million people in Slovakia, the USA, Czech Republic, Serbia, Hungary and Romania. An Indo-European language belonging to the West Slavic language family, Slovak is also easily understood by Czech native speakers. Slovak and Czech were both spoken in the former Czechoslovakia and during this time were culturally very closely related. However, it is very important to note that there are subtle, but significant differences between the two languages; it is not advisable to use a Slovak translator to translate into Czech or vice versa. The Translation People’s project managers are always on hand to advise which language would be most suitable for your particular audience.

It wasn’t until the late 18th century and early 19th century that Slovak developed as a national language. During this period there was an increase in the Slovak people’s awareness of their national identity and how education and literacy were intrinsically linked to this. Anton Bernolak, a Roman Catholic priest is often credited with the creation of a Slovak literary language, he produced a phonetic spelling system, which is still in place today and makes Slovak relatively easy to pronounce. In 1790 Bernolak made his literary language public when he published his “Grammatica Slavica”. Shortly after L’udovit Štur developed an interest in the Central Slovak dialect, which eventually superseded Bernolak’s literary language and is the basis for the Slovak spoken today in Slovakia.

Why use us for Slovak translation?