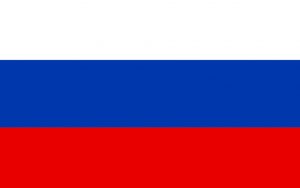 Our English/Russian translations are produced by qualified translation experts in a wide range of fields, including technical, financial, pharmaceutical and legal.

The Translation People’s translation services are renowned for quality, tight turnaround times and our experience with a variety technical translation media.

Russian – Did you know?

Russian is the principal language of the former Soviet Union. Spoken by approximately 170 million people as a first language, it is officially used by the United Nations and plays an important role in modern society.

For further information on English to Russian translations, please request a quote or contact us now.

History of the Russian language

In the mid 1800s Russian was standardised and the dialect in Moscow formed the official language. During this century, literature flourished and became more accessible to the population as the language used was much closer to spoken Russian.

The 20th Century and the significant changes to the political structure brought further changes to the language. The spelling reform of 1918 changed the appearance of the Russian language; formal expressions were deemed as archaic by the regime and virtually outlawed. Strict political regimes throughout the majority of the century kept the Russian language in a fairly static state.

In recent years, with the collapse of the Soviet Regime, external influences have been more readily accepted. English has greatly influenced modern Russian. In fact all things Western have become very fashionable in Russia and this can account for the significant changes to the language, especially the increased use of English phrases. Russian is constantly evolving, some sections of Russian society are happier about this than others.

Why use The Translation People?