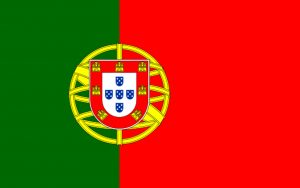 Translating your promotional material into Portuguese helps increase your products’ exposure. There are over 160 million Portuguese speakers worldwide and Portuguese is currently the 8th most commonly used language on the internet. Results of the British Chambers of Commerce 2004 Survey – The Impact of Foreign Languages on British Business – found that exporters who adapted and localised their products/services and sales literature for their export markets, and who placed value on having staff with foreign language skills, enjoyed average export sales growth of 7% – or £290,000 – over the previous year.

Our Portuguese translation expertise includes, but is not limited to; product catalogues, user and maintenance manuals, quality procedures, technical specifications, websites and press releases. Our Portuguese to English translators are professionally qualified and translate exclusively into their mother tongue. Please click here for our client testimonials.

If you have a Portuguese translation project, please request a quote or contact us now.

Portuguese language – Did you know?

A romance language, Portuguese is spoken by 11 million people in Portugal, 150 million plus speakers in Brazil and a further 5 million speakers in Portugal’s former overseas provinces in Africa and Asia. Although the Portuguese spoken in Brazil and Portugal are often considered to be substantially different, natives from the two separate countries can easily understand each other. Pedro Cabral was the man responsible for taking Portuguese to Brazil.

In 1500 Cabral, the Portuguese explorer was the first European to ‘discover’ Brazil. Other explorers followed in Cabral’s footsteps in search of valuable goods and unfarmed land. At this time Portugal was fairly poor and so some fled simply to escape poverty. Initially these explorers were poor sailors who were not interested in conquering a country, but rather in finding land and the means from which they could personally profit. In 1807 when Napoleon closed in on Lisbon the Prince Regent of Portugal escaped to Brazil where he established the colony as an empire. Once the situation in Portugal had calmed down Dom Joao, the Prince Regent returned and left his son Dom Pedro I in charge of Brazil. When Dom Joao tried to return to Brazil a year later Dom Pedro I turned against his father and declared Brazil as independent from Portugal. Unlike the Spaniards in the rest of Latin America, the Portuguese integrated with the Indians and slaves and even married them; it is this integration that has made the Brazilian Portuguese slightly different to its continental cousin and is perhaps why it spread throughout Brazil so quickly.

Portuguese is the official language of many countries including Angola, Brazil, Cape Verdi, Macao, Mozambique and Portugal. According to the Summer Institute for Linguistics (SIL) Ethnologue Survey (1999) Portuguese is the 7th most widely spoken language in the world in terms of native speakers. The vast number of Portuguese mother tongue speakers makes it increasingly important in the modern business world.

Why use us for Portuguese translation?