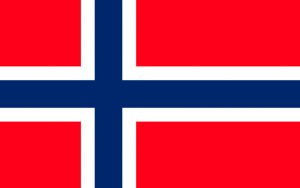 Thanks to its bountiful natural resources, Norway has an extremely high GDP per capita and its population enjoys some of the world’s highest standards of living. Oil and gas are Norway’s most profitable industries and account for some 60% of all exports, with the remainder consisting of sustainable resources such as forestry, fish and hydropower. Norway has built close cultural and commercial ties with the UK, necessitating Norwegian translation in many of its industries.

Norway’s decision not to become a member of the EU, but to comply with the European Economic Area agreement has not affected the country’s economy, which continues to flourish. The Norwegian government is focusing on research and development and is using new technology to take advantage of its existing resources. This will only serve to strengthen Norway’s existing economic success in the international market and will increase the important role of Norwegian translations.

If you have a Norwegian translation project, request a quote or contact us now.

Norwegian language – Did you know?

The Norwegian language has two official forms which are both written and spoken by the country’s 5 million inhabitants. It is estimated that close to 85% of the population use Bokmål (literally “book language”), which is closely related to Danish, whereas today only a minority use Nynorsk (“new Norwegian”), which stems from various rural dialects. Since the end of Danish rule in 1814, numerous attempts have been made to merge the two forms into one official Norwegian language, but these have now been abandoned due to major public opposition. In addition to Bokmål and Nynorsk, some 5% of the population have Sami or Kven (also spoken by minority communities in Finland) as their native tongue and are entitled to education and official government communication in these languages.

The Norwegian language is regulated by the Språkrådet (Norwegian Language Council), which advises government institutions on the usage of written and spoken language, as well as ensuring that its cultural heritage is preserved. In the past decade, English has been a major influence on the Norwegian language, which has seen the introduction of a vast number of English loanwords, particularly in the field of technology. On the international stage, much of Norway’s business may nowadays be conducted in English, but this has not diminished the demand for Norwegian translations, which remains an essential part of the country’s export industry.

Why use The Translation People for Norwegian translations?