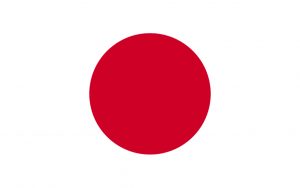 The Translation People’s services are respected globally for accuracy, tight turnaround times and our experience with a variety technical translation media. Our English to Japanese translation expertise covers, but is not limited to; technical specifications, user and maintenance manuals, quality procedures, product catalogues and websites & press releases.

If you have a project that requires Japanese translation, please request a quote or contact us now.

Japanese – Did you know?

Japanese has approximately 125 million speakers worldwide although very few of these people live outside of Japan. Hyõjungo (standard Japanese) is understood by the majority of the population but there are a number of local, rural dialects which even native Japanese people find difficult to understand.

The origin of Japanese is constantly disputed. Some suggest it is related to Altaic languages such as Turkish and Mongolian whilst grammatically it is similar to the Korean language. Written Japanese is heavily influenced by Chinese characters, but linguistically the two languages are very different.

Initially Japanese had no writing structure; any written text used characters borrowed from Classical Chinese. The modern Japanese Language is written with three different ‘alphabets’ or character sets called Kanji, Hiragana and Katakana. However, Roman letters, English script and non-Japanese words written in their own lettering also appear in the modern written language. Japanese text can be written both horizontally, as we would write in English and vertically, in columns from right to left. Indisputably, Japanese has one of the most complex writing systems in the world.

In addition to the various character sets there are several levels of politeness in Japanese. Honorific or keigo, is the general term to describe the three main categories sonkeigo, kensogo and kenjõgo, or respectful, humble and polite. Within these different groups verb endings alter and expressions or words can change completely. It can be exceedingly difficult for even the natives to grasp these various nuances and even the Japanese have to practise extensively to get it 100% right.