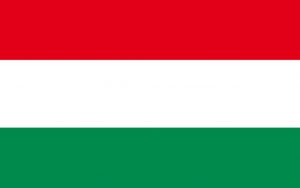 Our English to Hungarian translation projects are produced by our translation experts in a wide range of fields, including technical, legal, pharmaceutical, and financial. All our Hungarian translators are professionally qualified and work only in subjects which match their qualifications and experience.

Hungary entered the EU in 2004, since then there has been a marked increase in the demand for Hungarian translations. Hungarian, now an official language of the EU, has increased in importance.

In order to be considered for entry to the EU, the Hungarian government had to demonstrate economic stability. According to the World Bank the country has successfully attracted a substantial increase of foreign direct investment (FDI), consolidated its foreign exports and achieved solid economic growth with low unemployment. The gap with the rest of the EU has narrowed, and additional advances are expected although Hungary still has a lot of work to do to reach the level of economic stability enjoyed by other EU countries. Improved communication can only benefit links with foreign countries and encourage trade. The Translation People looks forward to working on more Hungarian translation projects in the future.

If you have a Hungarian translation project, request a quote or contact us now.

Hungarian language – Did you know?

The Hungarian language is spoken by approximately 15 million people, the majority of which are based in Hungary. A Finno-Ugric language, interestingly Hungarian seems to have little, if any, relation to other European languages. Although grammatically there are similarities to Finnish, a native Hungarian speaker would not be able to understand a Finnish native.

The Kingdom of Hungary was established in the year 1000, during this time, as in most of Europe, Latin was a big influence on language. The first written documents in Hungary were written in Latin. The first manuscript printed in Hungarian was “The letters of Saint Paul in the Hungarian language”, printed in 1527, Krakow, Poland. Although Hungarian, as any language, has slowly evolved, it is believed that 17th Century Hungarian was almost identical to the language spoken in Hungary today. The only major change to the language came in the 18th Century, when it became apparent that it was not possible to express scientific concepts in the Hungarian language and a group of writers began to find solutions to these issues. A number of changes were implemented at this time, words were shortened and extinct words were reintroduced in what became known as the “language reform”. This reform introduced more than 10,000 words into the Hungarian language; many of these words are still used today.

Please contact us to request a fully comprehensive quote for Hungarian translation and/or typesetting.

Why use us for Hungarian translation?