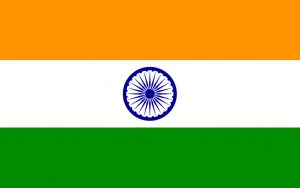 The third most widely spoken language in the world, after English and Mandarin, Hindi has an estimated 500-600 million speakers worldwide. This makes Hindi translation a perfect way to communicate with a huge proportion of the world’s population. While some Hindi speakers may speak other Indian languages or even English, the most effective way to communicate your message to native Hindi speakers is in their mother tongue.

Hindi is the official language of the Republic of India and is used alongside English by administrative and governmental bodies. India is now the fourth largest economy in terms of purchasing power and according to Economy Watch (www.economywatch.com) is, alongside China, set to rule the commercial world in the 21st Century. If economy watch is correct, it will become increasingly important to translate your documents into Hindi and other Indian languages.

If you have a translation project, request a quote or contact us now.

Hindi language – Did you know?

Hindi, an Indo-Ayran language, descends from Hindustani, a colloquial spoken language used during the ninth and tenth centuries in and around Delhi, northern India. The Turks inhabiting parts of India in the eleventh century named this language Hindvi or Hindi, the language of the Hind (India). Hindvi was made up largely of Sanskrit loan words which had been adapted to colloquial speech; Persian and Arabic also heavily influenced Hindi.These external influences allowed Hindi to quickly develop as a mode of communication between the immigrants and the native population of Northern India. With the large British presence during the Colonial Period, the language spread and became the national language of India, employed by the British as the standard among governmental officials.

In the nineteenth century Hindustani split into two separate languages: Hindi and Urdu. Some argue this separation is largely political, as before the partition of India, spoken Hindi and Urdu were seen as the same language – Hindustani. There are, however, linguistic differences: Hindi is heavily influenced by Sanskrit and Urdu by Persian. In addition, modern Hindi and Urdu use two separate scripts, Hindi is written in Devanagari and Urdu in Perso-Arabic.

In India today, Hindi is marginally more widely spoken than Urdu; according to the 1991 census approximately 40% of people in India are native Hindi speakers. The Official Language Act of 1949, which made the use of Hindi in Central Government Offices mandatory, could be seen as responsible for this advantage.
Hindi is a very modern and relevant language which continues to influence English and other European languages. Examples of words with Hindi origin include cot, juggernaut, pundit, dungaree and chintz.

Why use us for Hindi translation?