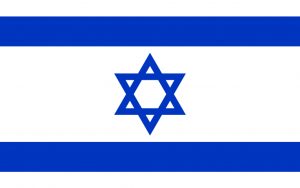 Our English to Hebrew translation projects are produced by our global network of translation experts, each of whom specialise in a particular sector. By working with a network of specialist translators, we can ensure that your financial documents are translated by someone who knows their bonds from their trusts, that your contracts and business agreements are legally correct and that your website is as sales focused as your original version. We would never ask a financial translator to translate your Hebrew marketing material, or a translator specialising in the arts to translate your technical manual. The Translation People truly appreciate the complexity of terminology and styles required for different sectors.

Many clients, unhappy with the translation services they have received elsewhere, ask us to revise translations which have been completed by generalist translators. We at The Translation People never underestimate the importance of specialist knowledge; our Account Managers are always on hand to discuss your terminology requirements and to devise a bespoke solution for your Hebrew translation project.

Should you have a Hebrew translation requirement, please request a quote or contact us now.

Businesses are increasingly requesting Hebrew translation, and this could prove to be a wise decision in terms of their export strategy. Although Hebrew is only spoken by approximately 7 million people worldwide, Hebrew speakers have been seen to play significant roles in business, particularly international financial markets.

If you would like to extend your client base to the Hebrew speaking community, why not contact us now to discuss how we can help you further. Alternatively use our free online translation tool to request a quote.

Why use The Translation People for your Hebrew translation requirements?

If you have a project that requires English to Hebrew translation, please request a quote or contact us now.

History of the Hebrew language – Did you know?

As long ago as the 10th century B.C, Hebrew was flourishing as a spoken language. It belongs to the Canaanite group of languages; the name of which comes from the ancient Canaan region, which covers parts of present day Israel, Palestine, Lebanon and Jordan. Of all the Canaanite languages, only Hebrew has survived.

In spite of the fact that Hebrew is the last Canaanite language left, it has struggled throughout the course of time to survive. In the 6th century B.C., during the Babylonian Empire, Aramaic was forced on the Jewish population. Even after the end of the Babylonian era, Aramaic and Hebrew co-existed right up until the rise of the East Roman Empire in the first centuries A.D, after which the Jewish population dispersed and spread all over the globe, where they were assimilated into the various societies. The existence of Hebrew was preserved through written language until the mid-19th century, when Jewish activist Eliezer Ben Yehuda began reviving the Jewish spoken language.

Modern (Israeli) Hebrew, as developed by Eliezer Ben Yehuda, is based on spelling from Mishnaic Hebrew – the ancient language used in the Talmud, a collection of Jewish oral laws and discussions – and Sephardi Hebrew pronunciation – as used in the liturgy of the Jews from the Iberian Peninsula and Africa, which was influenced by Spanish, Portuguese and Arabic.

Hebrew has been an incredibly influential language; many English words, with a predominantly biblical meaning, can be traced back to Hebrew: amen, hallelujah, messiah, cherub.