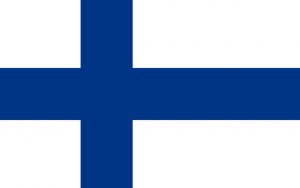 Our English to Finnish translation services are provided by our translation experts in a wide range of fields, including technical, legal, pharmaceutical, and financial.

The majority of the population of Finland has at least a basic grasp of English. English is taught from an early age in Finland and undoubtedly this fluency aids business relationships and communication with the rest of the world. In Finland 69% of the population can speak more than one foreign language, 47% at least two languages and 23% even three foreign languages. These percentages are well above the European average, but are no reason to avoid investing in professional English to Finnish translation. Although there are only 6 million native Finnish speakers worldwide, Finland is a global economic power and communicating with a potential business prospect in their language can make a huge difference to the impression you give to potential business contacts.

All our Finnish translators have at least five years professional translation experience and undergo a rigorous selection procedure.

Our English/Finnish translation expertise includes, but is not limited to; product catalogues, user and maintenance manuals, quality procedures, technical specifications and websites and press releases.

If you have a Finnish translation project, request a quote or contact us now.

Finnish language – Did you know?

Finnish, a member of the Uralic family of languages, is spoken by approximately 6 million people world wide. The official language of Finland and of the European Union, the Finnish language is also spoken in small parts of Sweden and Denmark. As there are such a small number of native speakers in comparison to other main European languages, English is taught from a very early age in Finnish schools and the majority of Finnish nationals have a high level of English.

The Finnish language or Suomi, originates from Sami; during the Middle Ages Finland was annexed to Sweden for some time, at this time Finnish was an oral language and it wasn’t until the 16th century that a writing system was developed by a Finnish bishop called Mikael Agricola. His ultimate aim was to translate the Bible into Finnish, but before he could even begin working on achieving this he first had to establish set grammatical rules. He also had to invent many words, including armo, “mercy”. Today Finnish grammar is still based on these rules and more than 50% of the words invented by Agricola are still in use. Up until the 19th century written Finnish was used mainly in religious contexts. It wasn’t until the 19th Century that there was an intensive move towards standardising and modernising written Finnish, by the end of the century the use of written Finnish extended much further than religious uses; to journalism, literature and administration. Today as a member of the EU, Finnish continues to play an important role in government and administration.

Why use us for Finnish translation?