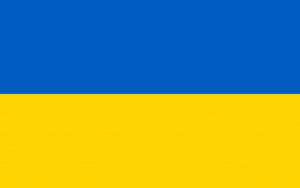 The Translation People are proud to offer high-quality Ukrainian translation tailored to meet your specific budget and time constraints. Regardless of the sector you operate in and the complexity of your project, The Translation People are perfectly placed to satisfy your Ukrainian communication needs. Our knowledgeable team of account managers and our global network of native speaking professional linguists are on hand to offer advice and answer all your questions.

If you have a Ukrainian translation project request a quote or contact us now.

Why use us for Ukrainian translations?

Ukrainian, did you know?

Ukrainian, a Slavic language closely related to Russian and Belarusian, is spoken by around 50 million people worldwide. Ukrainian uses the Cyrillic alphabet and has 33 letters. Although Ukrainian is the official state language of the Ukraine, it is also spoken all over the world, including Brazil and Canada.

According to the 2001 census, 67.5% of the Ukrainian population declared Ukrainian to be their native language, only 29.6% declared Russian. In fact, most native Ukrainians speak Russian as a second language. Ukrainian is mainly spoken in western and central areas of the Ukraine. Although the dominant language in western cites such as Kiev.

Ukrainian and Russian are used equally in central cities, whilst Ukrainian is the dominant language in rural communities.

Ukrainian can be traced back to 988 however, until recently it had been sidelined by the language of its neighbouring Russia. During the soviet era speakers of Ukrainian began to decline as its use in the public domain lessened. It wasn’t until the Ukraine gained independence in 1991 and a policy of Ukrainisation was introduced that the use of Russian was discouraged and Ukrainian began to gain status. The government’s policy restricts the use of Russian in the media and film meaning that subtitles are frequently used.