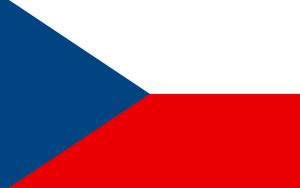 Our English to Czech translation skills include, but are not limited to; user and maintenance manuals, technical specifications, quality procedures, product catalogues, websites & press releases.

The Translation People’s services are renowned globally for accuracy, fast turnaround times and our skills with a variety of technical translation media.

Our English to Czech translations are produced by our translation experts in a wide range of fields, including technical, pharmaceutical, legal and financial.

If you have a Czech translation project, request a quote or contact us now.

Czech – Did you know?

Old Church Slavonic was the first language used in the Czech state; however, Latin replaced Old Church Slavonic as the language of worship, administration and literature. Written Czech didn’t start to appear until the end of the 12th Century; the first texts were annotations of Latin works which later developed into more extensive works such as legends and chronicles.

In the 15th century John Huss, a religious reformer played an important role in standardising the spelling and pronunciation of Czech. He based his standardisation on the dialects in Prague. However, while Czechoslovakia was under Habsburg rule (1620-1918) it was difficult for the Czech language and literature to progress. Czech Literature thrived as soon as independence was regained.

Today Czech is the official language of the Czech Republic. It is spoken by approximately 12 million people worldwide mainly in the Czech Republic, but also in the United States, Canada, Germany and Slovakia. A West Slavic language, Czech is very similar to Slovak. Most adult Czechs and Slovaks understand each other fairly easily as before the dissolution of Czechoslovakia, in 1993, they were both exposed to the same popular media.