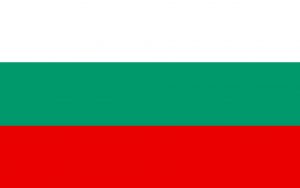 Bulgarian language – Did you know?

Bulgarian is spoken by approximately 12 million people worldwide mainly in Bulgaria, but also in Moldova, Ukraine, Macedonia, Serbia, Turkey, Greece, Romania, Canada, USA, Australia, Germany and Spain. According to the ethnologue in 1986 68% of Moldova spoke Bulgarian as a first language. It is similar to Macedonian and from the same family as Serbian, Croatian, Bosnian and Slovene.
Bulgarian is believed to be the first Slavic language to have been written down, with written records in the Glagolitic alphabet dating back to the 9th Century. This alphabet was eventually substituted by an early version of the Cyrillic and was later strongly influenced by the Russian Cyrillic alphabet. In 1870s Marin Drinov, a founding member of the Bulgarian Literary Society, proposed a 32 letter alphabet which was accepted and retained until 1945 when two letters were removed. In 1878 Bulgarian was standardised and the alphabet has remained virtually the same since, however many Turkish words have entered the language and other words have been borrowed from Latin, Greek and Russian among others.

Why use us for Bulgarian translation?