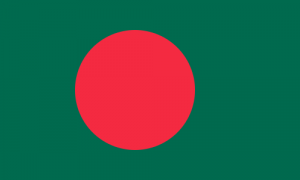 Bengali is an important community language in the UK. Unfortunately, as the 2001 census did not question languages spoken there is no reliable data to confirm exactly how many Bengali speakers currently live in the UK. However, the 2001 census was translated into 24 different languages, including Bengali. In 2003, the Central Office of Information was commissioned by the Department for Work and Pensions (DWP) to undertake a review of the ethnic minority languages used by the department. The review aimed to assess the communication needs of each community and recommend the languages into which the DWP information should be translated. Ten key languages were recommended, including Bengali. Even without precise data on the number of Bengali speakers it is clear from the above that there is a substantial Bengali community in the UK; translating public service data into Bengali is important to help native speakers integrate into our society. The Translation People is regularly approached by housing associations and public sector bodies, who request both Bengali translation and Bengali interpreters.

According to Economy Watch, economics experts and various studies conducted across the globe India, alongside China, will rule the commercial world in the 21st Century. India, which is now the fourth largest economy in terms of purchasing power, is set to overtake Japan and become the third major economic power within 10 years. A considerable percentage of the population in India communicate in Bengali on a daily basis. If the predictions of Economy Watch prove to be accurate, it will become increasingly important to translate your documents into Bengali and other Indian languages.

If you have a Bengali translation project, request a quote or contact us now.

Bengali language – Did you know?

The Bengali language, also known as Bangla is spoken by approximately 230 million people world wide, the majority of speakers are based in Bangladesh or the Indian state West Bengal. This significant number of speakers makes the Bengali language the 5th most widely spoken language in the world. Bengali belongs to the Indo Aryan family of languages and originates from Sanskrit. Written left to right, top to bottom, as per English, at first glance it appears to be very similar to Hindi. However, some of the words are actually closely related to Latin as well. For example Mother is Mater in Latin, Matar in Sanskrit and Mata in Bengali. These interesting similarities are testament to how all languages are intrinsically linked.
The Bengali language proved to be culturally very important to the Bangladeshi people. After the Partition of 1947, Bangladesh lost its educated Hindu class; Bangla or Bengali became a means of identifying their culture and nationalism. When the Pakistani government declared that Urdu would be the only national language, the Bengali language movement campaigned for the recognition of Bengali as a national language. The Bengali language movement contributed to the rise of Bengali literature and is, perhaps, in part, responsible for the huge number of Bengali speakers living today.